by Michael Erpenbeck on March 1, 2021 under git
3 minute read

An opinionated convention for branches

The forward slash is a little known trick for developers that are new to git. Instead of using a dash or underscore, the forward slash gets interpreted by many IDEs and git tools as a directory structure. This creates a very nice grouping. 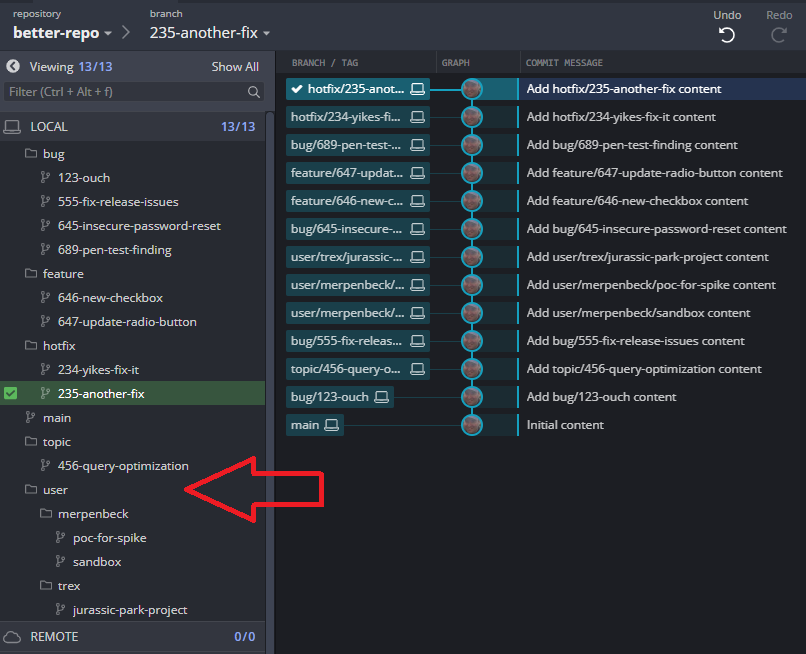 Example of a typical git repo without a convention 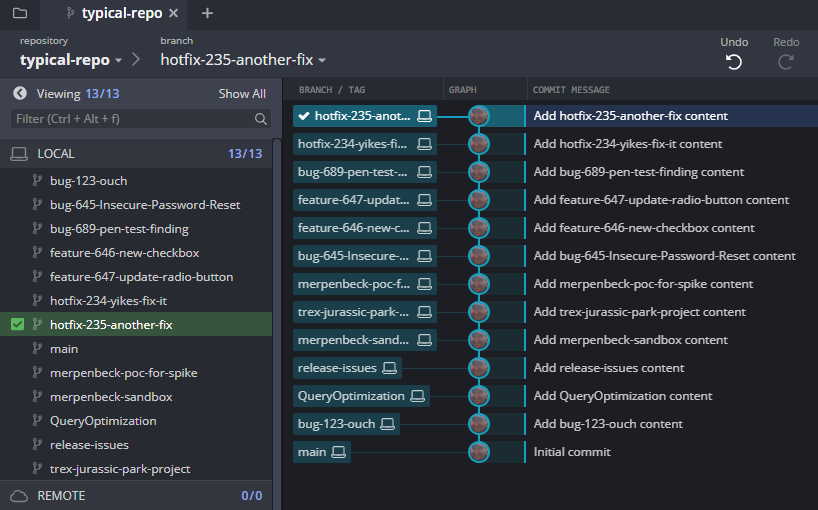 Most git client tools like GitKraken, Atlassian SourceTree, Visual Studio, etc parse the branch name and convert them into a nice folder structure.

An example with Atlassian SourceTree 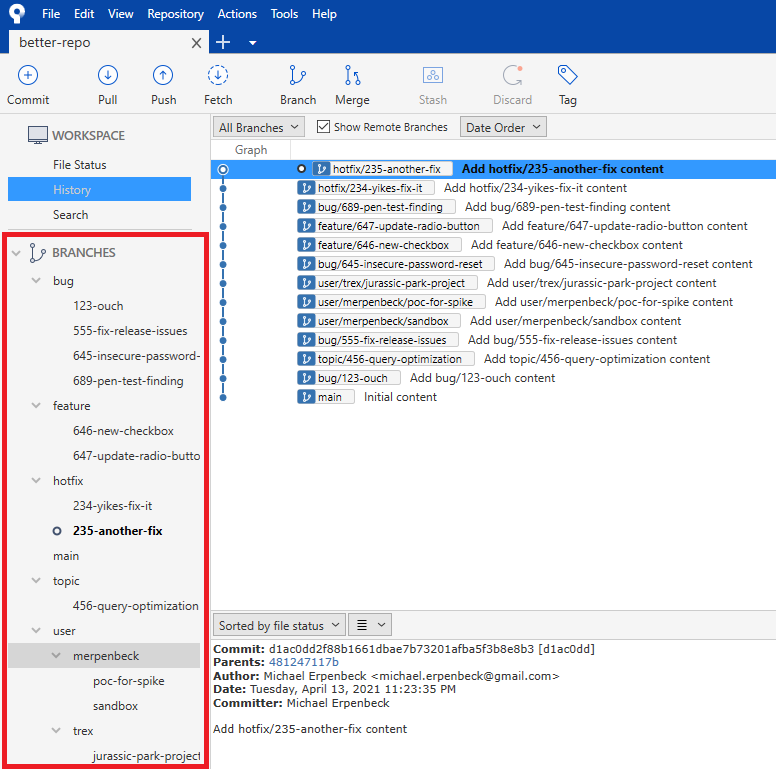 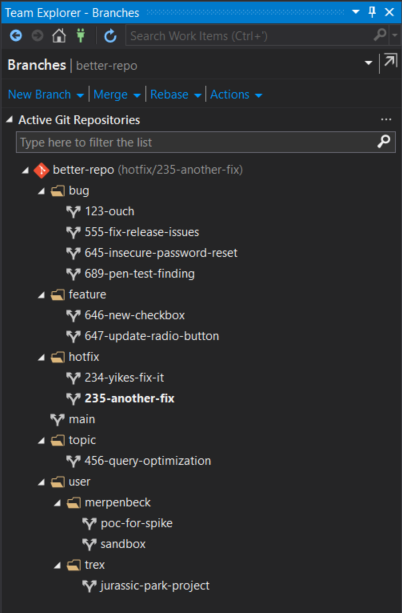 While I use kebab-case, meaning it is all lower case with zero or more dash separators, in this convention, feel free to use whatever style that you prefer, such as PascalCase camelCase, etc. The convention for the wording between the slashes should be determined by the team’s preferences.

Beyond git UI clients, this convention is also built directly into the branch prefixes for some git workflows like gitflow.

Notice that if you plan to use gitflow, you may want to use bugfix rather than bug, but you can also configure gitflow to use the bug branch prefix instead.

Hosted source code repositories, such as Azure DevOps Repos, have built-in support for the branch prefixes: 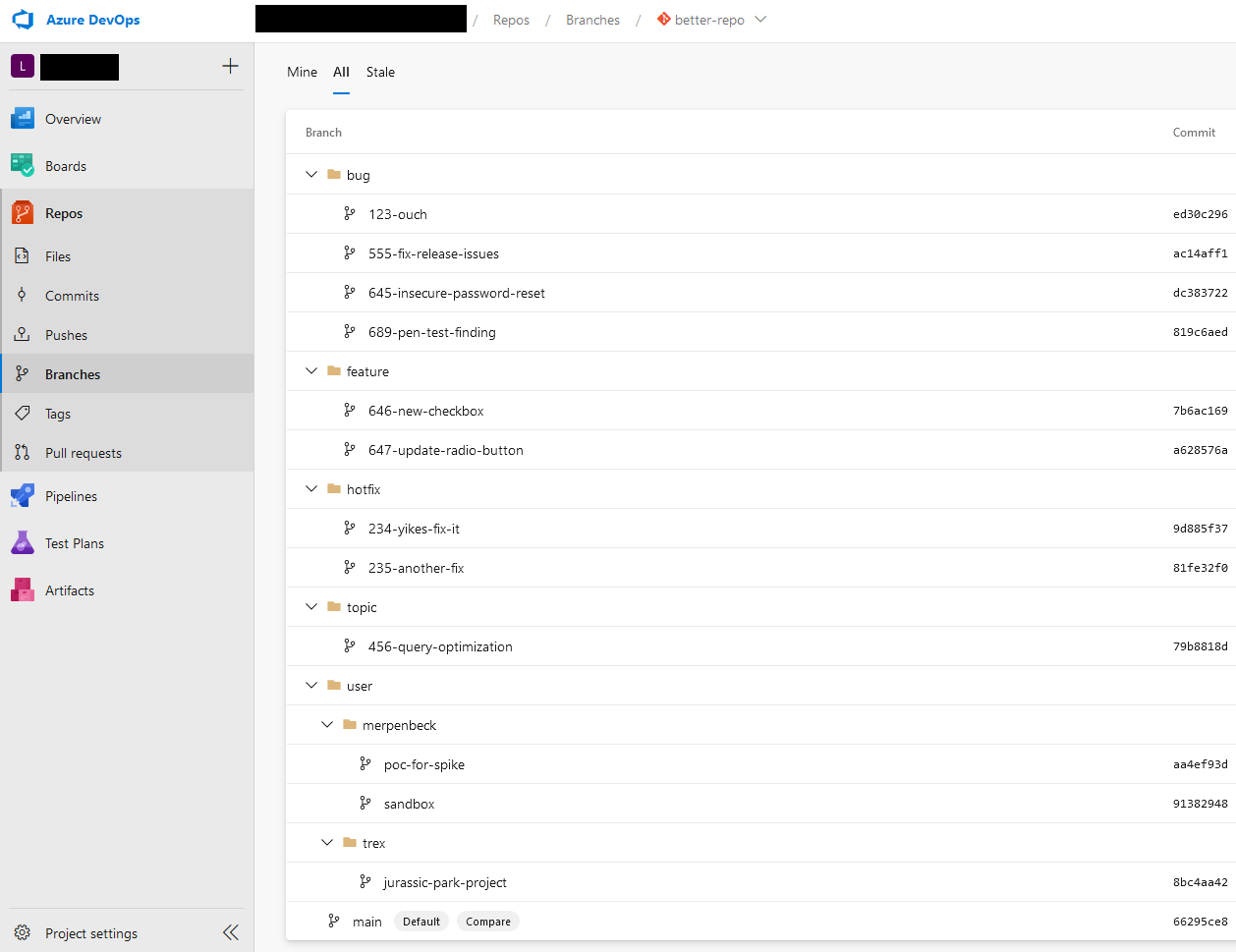 Additionally, tools like Bitbucket allow you to create branches with a branch prefix. 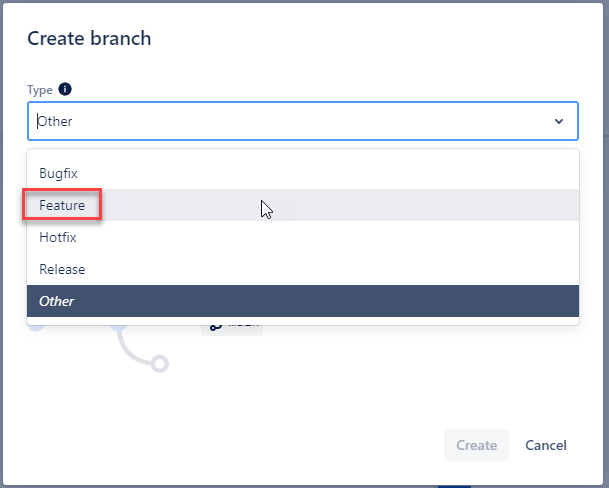 And filtering by branch prefix is also enabled based on the gitflow workflow. 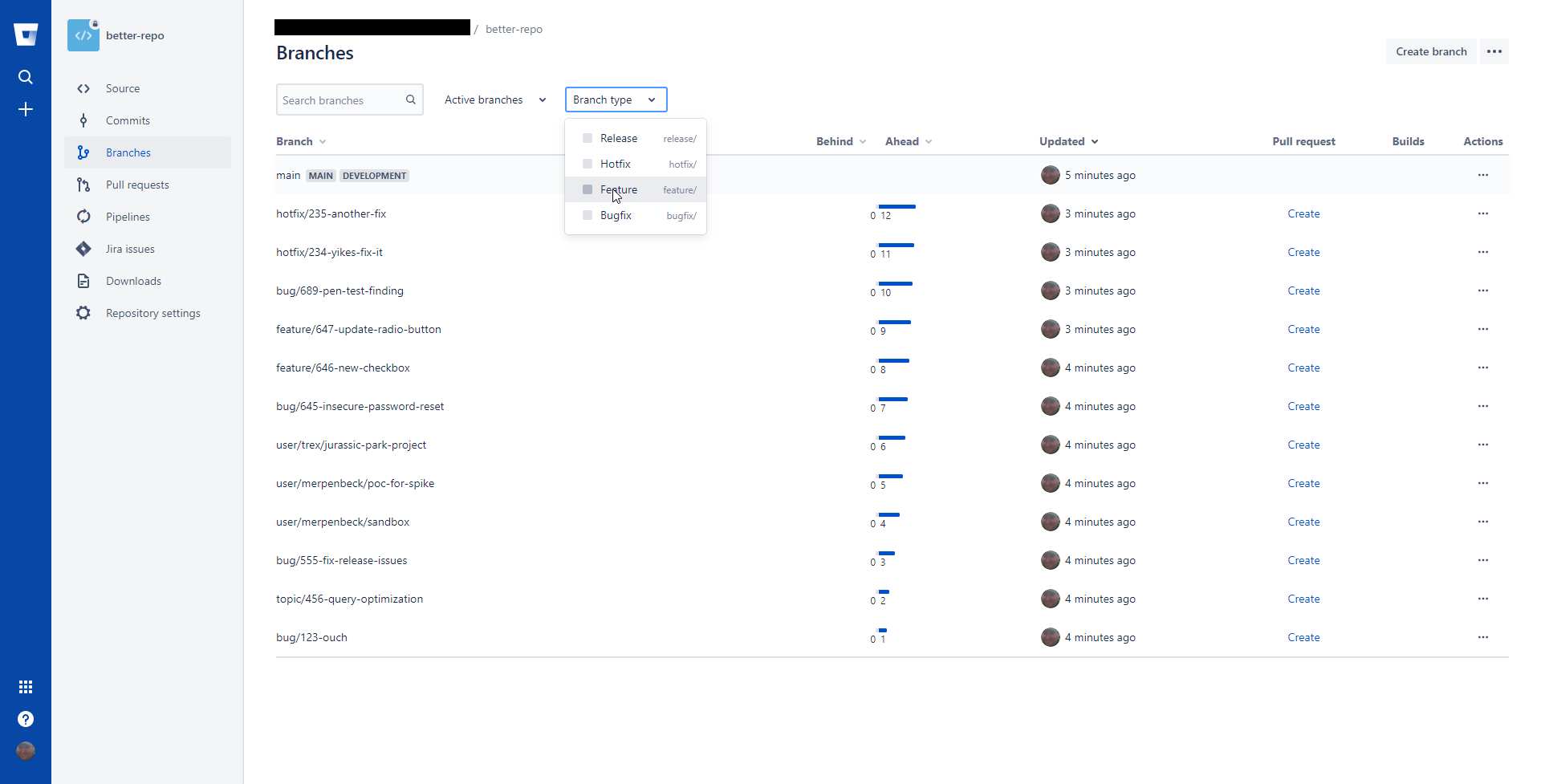 Some places where teams have issues

I hope that this will help in organizing your git repos.

git
I feedback.
Let me know what you think of this article on twitter @Erpenbeck!